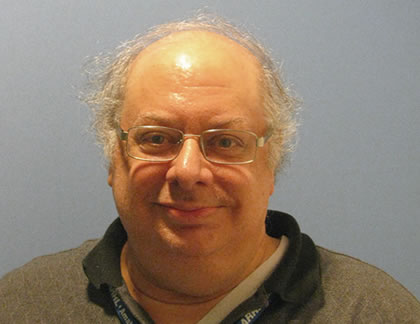 I graduated Milton(MA) High School in 1971, Graduated Springfield College in 1975.

volunteer. I was one of the first non MD certified CPR instructors, when CPR was only to

be done by Nurses and Doctors. I completed my Emergency Medical Technician Basic training

and went to work for Stavis Ambulance of Brookline, MA. I also put in many hours as a

volunteer for the Boston Ambulance Squad. I served in the US Navy as a Hospital Corpsman

from 1978 to 1986, where I was trained as a certified paramedic. My first Duty assignment

was at the Navy Hospital on Okinawa. I traveled all over the far east and mainland Japan,

mostly supporting the US Marines. While in Okinawa I survived many Typhoons.

For my second assignment I was stationed as part

of Patrol Squadron VP 23, based in Brunswick, Maine, but deployed twice to Keflavik

Nato Base in Iceland. From Iceland our Squadron split, half went to Diego Garcia during

the first deployment. The first Deployment was during the 24 hour Arctic Night, and the

second was during Arctic Day. Both very challenging. I earned a blue nose on the first

deployment. Had a chance to travel all over Europe for various missions. I then spent

4 years at Naval Air Station South Weymouth. After 8 years I left the Navy and went to

work for General Ambulance in Needham, Ma. After 2 years I went to work for my family,

which is the radio related link.

My maternal grandfather (Nathan) and his parents, brothers and sisters arrived in the US

in 1909. He completed school and was accepted at Northeastern University, studying

Electric Engineering. He finished 3 1/2 years of College, then served during WW1 in the

US Navy. After the War, he founded Gerber Battery Company and fixed peoples radios He also

was a writer and wrote a weekly radio advice column for the Boston Transcript. Gerber

was recalled into the Coast Guard, and served as a Chief Radioman. Both my maternal Uncles

Supply business, as did my dad (non engineer). They hired enough engineers to earn the

nickname "The House of Engineers" as the business expanded. When I was old enough, I

worked summer vacations there, exposing me to all the various components, tubes and other

Radio and TV parts. I got to know some of the engineers that worked there, most of

whom were also Ham Radio operators. They would latter serve as my Elmer’s. I passed my

Novice test around 1982, to their amazement. They all were very proud of me. I have always

wondered if my grandfather and uncles held ham radio licenses.

I earned my advanced class license at the Boston FCC in 1984. I missed passing the extra

code morse test by 2 words. I was one of the founding members of the Aleppo Shrine Ham Club,

I was very active promoting the melding of ham radio and computing, and did a lot of packet

radio. Thru packet radio, I got involved with Public Service activities, and have worked

9 Boston Marathon's. The public service activities got me involved with Massachusetts

Civil Defense and RACES, which led to involvement in ARES.

I was appointed to fill his term, and served 2 of my own as Section Manager in Eastern

Massachusetts. During this period I was a very active Traffic Handler and Net Control.

I worked ham support for both hurricane Gloria and Bob.

busy and a move to a condo limited my Ham activity to 2 meters. I did install a mobile

HF station and was an active county hunter for about 2 years. I started volunteering at my

local cable TV stations, and did high school Football, boys and girls Basketball, and a

little boys Ice Hockey analysis and did play by play of boys wrestling.

In 2004 I moved to Florida. I worked at the Apple Store in Boca Raton for a year and then

started my own computer consulting business, which keeps me busy to this day.

I survived the 4 hurricane hits in Palm Beach County, I attended a few ham club meetings, but did

not get active until 2013, when I passed my Amateur Extra exam. I an an active Volunteer Examiner

for both the ARRL and Laurel VE's. I am certified as an ARRL Field Instructor and Class Instructor.

I volunteered to help and  advise where I was needed, and am currently serving as  the

Web Master and Section Manager. I beleive in Having Fun.